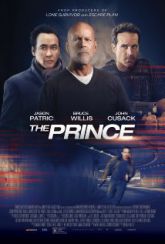 Plot: Once, Paul, better known as The Prince and a so-called Mechanic, a hitman in the employ of the Mafia. A job that he performed like no other. But at some point this life was abhorrent to him and he withdrew. Since this does not happen easily in Mafia circles, he wanted his boss Omar. Unfortunately, the planned bombing was not Omar, but his lover victim. Paul has since lived in obscurity, but was never forgotten. END_OF_DOCUMENT_TOKEN_TO_BE_REPLACED